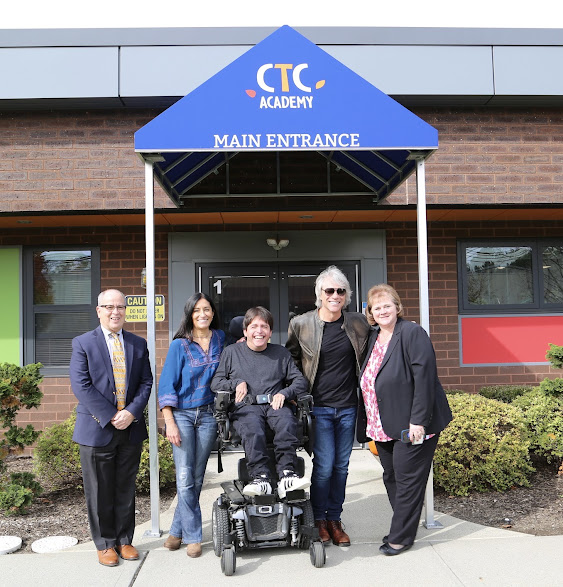 Serving Students With Disabilities And Students That Are Medically Fragile

[ Oakland, NJ, November 2, 2022] – It was not just another Friday afternoon last week at The David F. Bolger Campus of The CTC Academy in Oakland, NJ. We had a surprise visitor – rock star philanthropist Jon Bon Jovi (JBJ)! We kept the secret until the very last minute and had some fun by providing clues to each of the classrooms. Some of the wild guesses? Martha Stewart, Cookie Monster and Barack Obama just to mention a few! CTC Graduate and Ambassador Jonah Gold, along with his mom, CTC Board Member Tania Gold, gave JBJ a tour of the campus after Jonah extended the invite. Jonah and JBJ became pen pals and friends a few years ago and Jonah and the CTC were thrilled when Mr. Bon Jovi offered a zoom call as an auction item at our gala. The winners generously donated the zoom calls back to the staff and students and Mr. Bon Jovi decided to, well, show up in person instead! 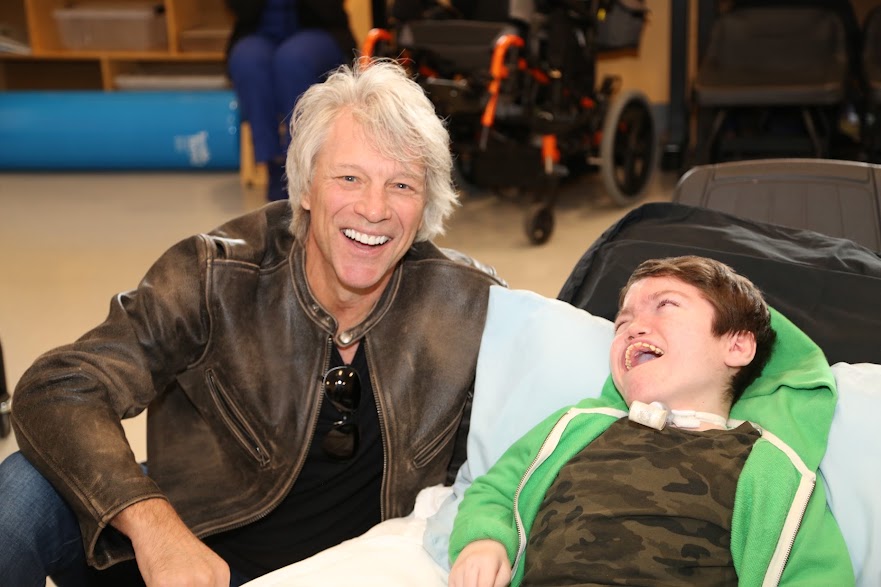 CTC Academy is a 501(c)(3) non-profit organization that provides educational and therapeutic services for students with a diverse array of developmental disabilities through our collaborative educational program and support services for students and families. The CTC offers services to children up to age 21 in their state-of-the-art facility. Executive Director Anne Ogden said, “It was an honor to tour Jon Bon Jovi – our students were mesmerized by his energy and the interactions. He was outgoing, patient and so positive. He was warm and generous with each of our students and staff and the day couldn’t have been any better!”

Jon Bon Jovi spent hours meeting each of the 106 students and almost 150 staff members. Jonah said, “I felt so proud showing Jon Bon Jovi the school that I attended since I was three. He was so awesome with everyone! I’m so grateful that he has been such a good friend to me and that he was interested in visiting the CTC!” 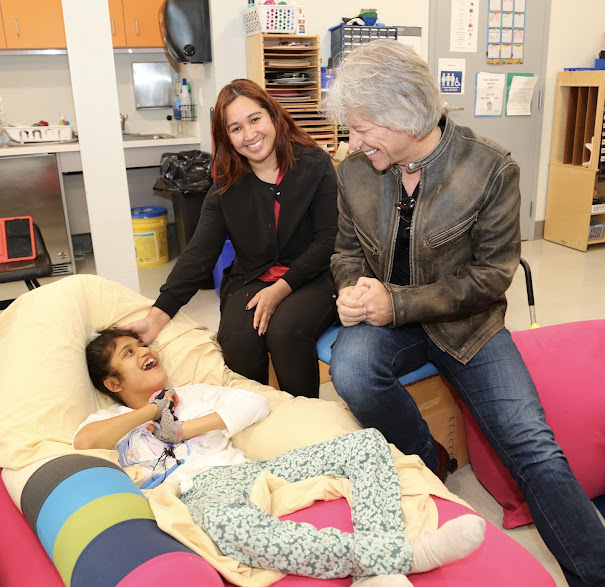 CTC Academy depends on the generosity of individuals, corporations and foundations to support our mission. Raised funds provide enhanced programs, adaptive equipment, expansion of facilities and programs and extracurricular activities for our children and their families.

Contributions are tax deductible and there are many opportunities to help. To learn more visit us at www.ctcacademy.org.

CTC Academy is proud to be affiliated with the following organizations